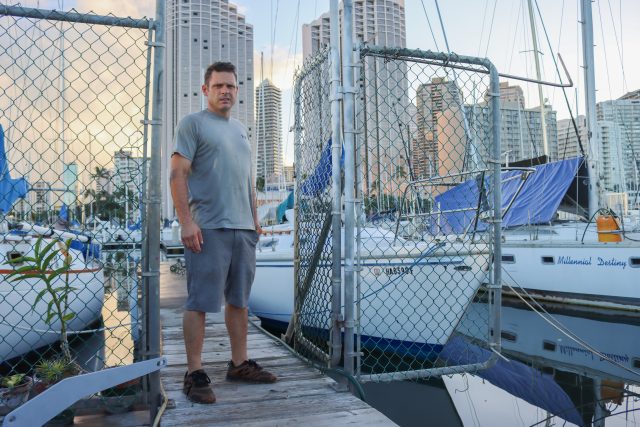 William Strickland has lived in cramped quarters in his Catalina 30 sailboat in the Ala Wai Boat Harbor for the last 18 years while working at the USS Arizona Memorial to support himself and his family on the mainland.

When the state harbors division increased its monthly mooring fees in 2019, he worried that he would be priced out of the harbor. That fear heightened the following year when he lost his job due to the Covid-19 pandemic that devastated the economy beginning in March 2020.

Now he says he really can’t afford to live on his boat but also can’t access the federal aid that has helped so many renters on land who found themselves in a similar predicament.

He’s $7,500 behind on paying the harbor monthly fees to live on his boat, plus late fees, mooring fees and utilities. When he applied for the Rental and Utility Relief Program, he said he didn’t qualify because he wasn’t considered a renter.

On Monday, he gave up his liveaboard status that allowed him to live on his boat seven days a week, and currently he sleeps in his car. At the end of the year, he plans to give up his boat entirely.

“I don’t want to give up my boat because this is all I got, and I would be homeless without my boat,” Strickland said, but he also said he can’t afford to live on land because of Hawaii’s high cost of living.

Strickland said he pays $1,050 a month, which includes dock fees, a liveaboard permit, parking and utilities, versus $1,750 for the average one-bedroom apartment in Honolulu. Strickland works whatever side jobs he can get to make ends meet.

The pandemic affected many who rely on affordable housing and rental assistance, including those who live on their boats.

Hawaii counties raced to distribute millions of dollars in rental and utility assistance over the past two years, but under the program’s qualifications, there is a gray area for boaters.

Patrick Williams, communications manager at Honolulu’s Office of Economic Revitalization, said that people who rent their boat and live on it can qualify, but if they own their boat, they don’t.

“We know that owning a home is a major expense but homeowners cannot qualify for the program,” Williams continued. “The program is federally funded and follows federal regulations to support renters.”

Williams said the program has received one application from a boater and it was denied.

However, a person who rents a boat cannot live in state harbors, according to the Department of Land and Natural Resources. They have to own their boat in order to obtain a permit that allows them to live in the harbor.

“DOBOR rules do not allow for any vessels to be rented out to anyone else,” DLNR spokesperson Giovanni Parks said in an email.

Fernando Cosio, staff attorney at Medical-Legal Partnership for Children in Hawaii, hasn’t had a client who is a boater yet, but said it’s difficult for people who rent a house on land to get rental assistance.

“I can just imagine for those people who are boaters, you know, good luck. If our experience is any example, it’s very difficult,” Cosio said.

The Legislature recently passed a measure that would increase the harbor fees based on fair market value. However, there was pushback from some in the boating community who said their fees have more than doubled already.

The fee hikes are intended to go toward DLNR’s delayed maintenance projects at the harbors.

In 2018, the department estimated $310 million worth of capital improvements and maintenance costs are needed around the islands, and some $40.3 million of that work is needed at just the Ala Wai Harbor. The work includes dredging, water and sewer line replacements, boat launch ramp repairs, electrical work and replacement of some piers and docks.

Sen. Sharon Moriwaki – who represents Waikiki, Ala Moana, Kakaako, Moiliili and McCully – hosted a town hall meeting in June to address concerns from the boating community and to update them on DOBOR’s capital improvements.

“Currently, the Ala Wai Small Boat Harbor has the new water line project underway (and) replacement of the finger piers on the 600 row will begin in the near future. The planning for the new paving project at the Keehi small boat harbor is being finalized and (repair and maintenance) is ongoing at facilities statewide.”

Boaters have long complained that there has yet to be improvements in the harbors. Some of the complaints this year have been about the Ala Wai Boat Harbor’s restrooms, where boaters have said there were no soap dispensers or toilet paper, and people were using drugs and defecating on the restroom floors and walls.

One of the most recent complaints from some of the boaters is the blue and yellow stickers posted on the dock boxes near the front of their boats. The DLNR implemented the stickers program in October to address issues with people who are illegally living on their boats without a liveaboard permit.

“People are continuously illegally living on their vessels without permission and it has become a very difficult situation to manage,” Underwood said. “The DLNR Division of Boating and Ocean Recreation stopped issuing new liveaboard permits three years ago and would prefer not to have liveaboards in the small boat harbors.”

DLNR officials said that living on boats doesn’t meet the purpose or scope of the state law that governs small boat harbors.

“Almost all people living on their vessels do not meet the purposes as stated in the Hawaii Revised Statutes,” DLNR spokesman AJ McWhorter said in an email. “Often, their vessels are not in good material and operating condition. They also do not navigate beyond the confines of the small boat harbor at least once every 90 days as required by law and the vessels are basically used as floating condos.”

Underwood also said those who are caught aboard their vessel after midnight without a sticker “would be subject to enforcement action which may include citations or loss of mooring privileges.”

When a boater is unable to pay the monthly fees, DOBOR will seize the vessel.

It’s unclear how many people have left the harbors since the fee hikes took effect and the pandemic hit. There are about 164 people who have these stickers to legally live on their boats.

Moriwaki said she’s checked with agencies providing housing relief and DOBOR, but there was no available assistance.

“We may need to expand the definition to help the liveaboards who cannot afford the increased habitation fees. Anyone facing this hardship due to Covid can and should be helped to keep them from becoming homeless,” Moriwaki said.

“The reality is that there are people who think that living on a boat is a luxury, and most people don’t live on their boats. It’s not seen as housing, but this is their house,” she added. Sign up for our FREE morning newsletter and face each day more informed. 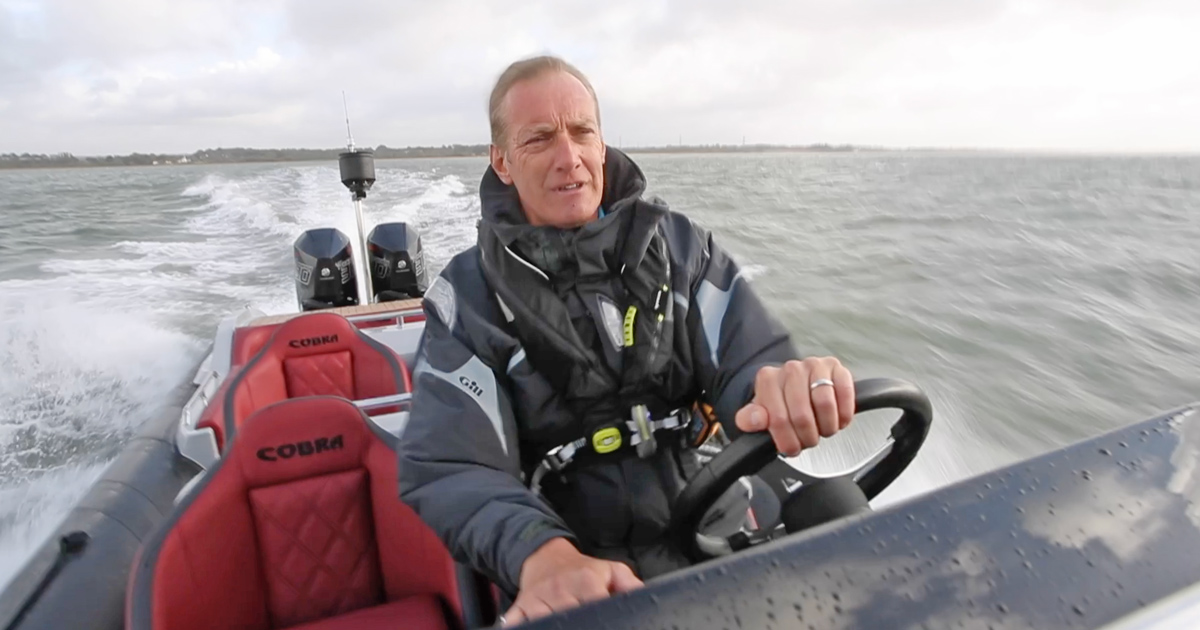 Next post How to build a boat: Essential guide to building your first kit boat – Practical Boat Owner Magazine