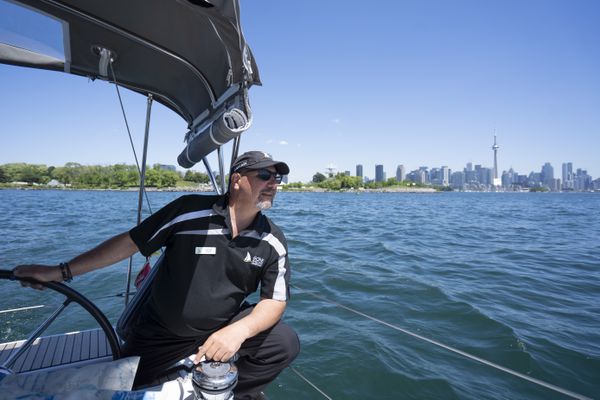 Standing among the condo towers of Queen’s Quay along the harbour shoreline in downtown Toronto, it can be hard to picture the combination of serenity and adventure that lies just a kilometre or two out on Lake Ontario.

But as the WhiRLygirl, a 20-metre-tall sailboat, pulls out of its slip near the foot of Spadina Avenue, the urban sounds of jackhammering and traffic start to fade away and the wind picks up.

Captain Howie Colt contacts the Billy Bishop Toronto City Airport to let it know we’ll be cruising through the Western Channel, which separates the Toronto Islands from the mainland. Soon, the lush greenery and sandy beaches of the islands separate us from the city. And on the other side, it’s just the wavy, blue expanse of the wide-open Great Lake.

“It’s like an instant serotonin boost,” says Krissy Ballanger, a crew member with Gone Sailing Adventures, which operates five sailboats out of Toronto, including the WhiRLygirl.

“It’s amazing to see how people’s moods change when they are out on the water and see the sail up.”

Colt, who started the business about 12 years ago, says the beauty of sailing is that it can be as tranquil or adventurous as the people on the boat. His business offers private tours, as well as public sails, lessons and various special adventures.

In October, he offers a trip from Toronto to the Caribbean for a select group. This summer, wine-lovers can take a cruise across the water to Niagara-on-the-Lake, with a final destination at the Hare Wine Co.

For those looking for maximum excitement, high winds and choppy seas, he suggests sailing in the fall, after the winds start to pick up.

“September sailing is more exciting, more exhilarating,” he says, describing clients who like it best when the boat is racing, keeled over, and smashing against the waves. “That’s when we lose our hats.”

While the weather is typically better on the lake than in the city – it gets about 20 per cent of the rain that downtown does, Colt says – sometimes bad weather can add a thrill.

“People typically look to the captain. If he’s not nervous, they usually relax too,” he says.

For those looking for a tamer version of excitement, there’s always the option of a slow cruise past Hanlon’s Point, the Toronto Islands’ popular nude beach.

“I call it the junkyard,” jokes Colt.

Sailing isn’t a new way to get around – ancient Egyptian depictions of sailboats go back to before 3000 BC. But the activity’s sticking power, even as technology moved on, means there are all kinds of options for people who’d like to try it out – whether that’s through a tour, lessons or volunteering as crew on boats during races, says long-time sailor Jennifer Collins.

“There are a lot of [sailing] clubs that have crew banks,” she explains. “All you do is say, ‘I am a novice.’ There are lots of skippers that will take a novice on.”

She got involved in sailing after taking a sunset tour with Gone Sailing. She was hooked immediately and had her own boat by the next year. Now she’s heavily involved with the Mimico Cruising Club in west Toronto.

“There’s an incredible sense of freedom when you’re out there on the water,” Collins says, noting it’s been an empowering experience for her to learn to captain a ship herself.

“The sails go up and you turn off the engine and there’s this moment of silence where the wind picks up in the sails and the boat starts to move on its own and you just leave everything behind. It is fantastic.”

To become a commercial captain is more of a commitment, notes Colt., who says it took him two years to get all the required licenses and certifications to start Gone Sailing. They include written and practical exams, a medical test, and licenses in first aid, radio operation and radar. The company has three captains and hosts groups as diverse as those celebrating a bachelorette party to those scattering someone’s ashes. It has even hosted Prime Minister Justin Trudeau and his family for a private sail.

Corporate events are also popular; some businesses will hire all the sailboats at once and organize a race around the islands. Colt says such trips almost always end up in full-on water fights.

No matter the pace of the day’s events, he says it’s hard to believe he gets to spend his life out on the water, sharing the thing he loves best with others.

“It’s like taking a toddler to the zoo and seeing them interact with animals for the first time,” he says. “I get to relive that every single day.”

This all-female sailing crew offers three daily departures from North Rustico, PEI. Its sailboat “Elusive” is solar-powered, so the company says even when running on its motor, it is nearly silent.

This family has boats in the blood – started in 1983 by Forbes Cooper, a boat builder. It offers lessons and charters from three bases in the province: Vancouver, Sidney and Powell River. 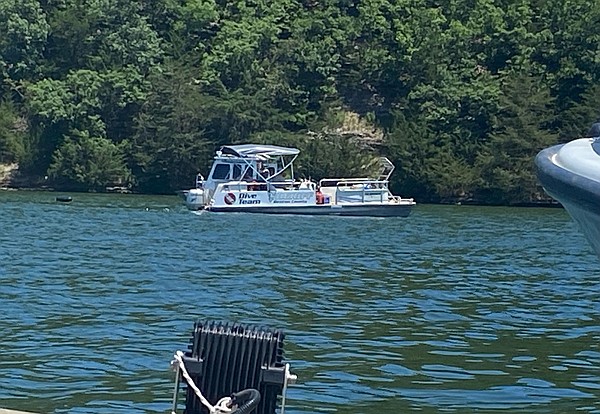 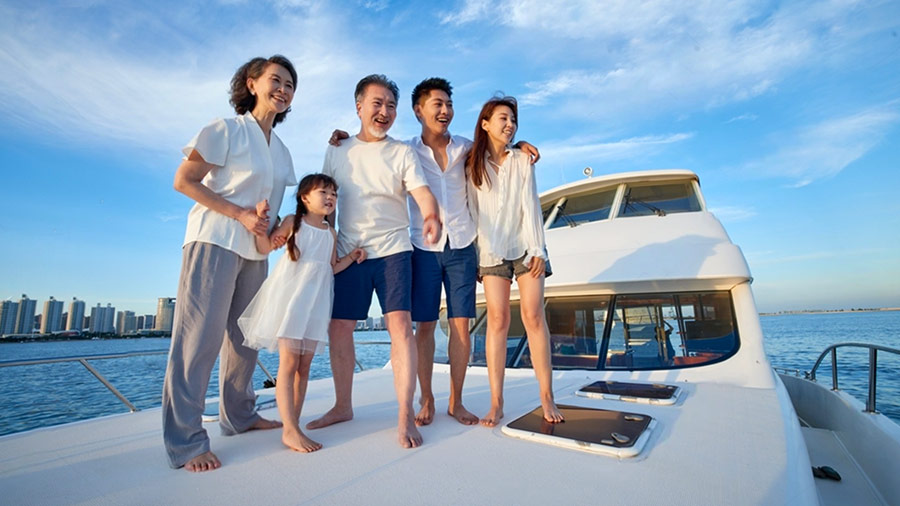