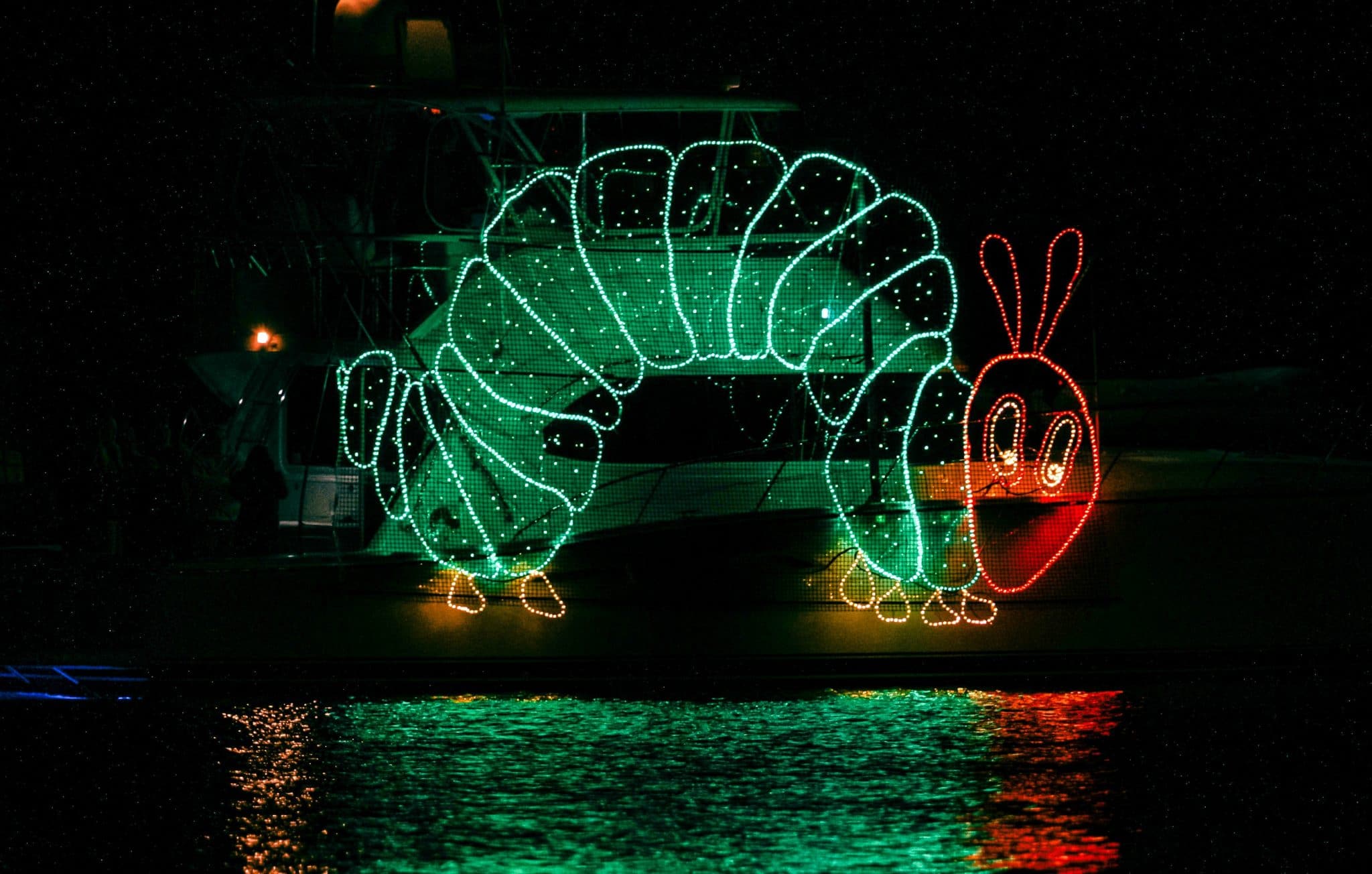 Glowing boats, floating lizards, mermaids and dolphins performing on an outdoor stage that is the largest of its kind in the southern hemisphere – that’s what awaits festival goers at Float Your Boat in 2022.

Now in its fifth year, the annual event that sees boaties transform their vessels into colourful characters, is expected to attract more than 20,000 people to Lake Macquarie’s shoreline.

The festival will be held over two nights from Friday 24 June.

A flotilla of glowing boats will travel around the western side of the lake before winding their way around the eastern edge the following evening.

“At night, the lake is one giant stage where glowing, floating lizards, mermaids, dolphins, sea urchins and even the Sydney Opera House have captured and impressed thousands of people,” she said.

“This theatrical boating event is truly unique to Australia and is a major drawcard for residents and those travelling throughout the Hunter region.

“Each year, the boats get bigger and the illuminated sculptures more magnificent.”

The boats begin at Marmong Point Marina each night and will travel to Wangi Wangi on the Friday and Belmont 16s on the Saturday.

This year’s weekend will include a range of shore-based activities, with a Friday night live-site at Toronto Royal Motor Yacht Club and surrounding areas.

Warners Bay will host another live-site on Saturday.

Both the Toronto and Warners Bay live-sites will run from 5pm to 9.30pm and feature local musicians and performers, entertainment, food trucks and children’s activities.

Lake Macquarie boatman Jonathon Vandervoort, who has been sailing for more than four decades, says he’s looking forward to taking part in the voyage for a fourth time.

“This year, I am using a sedan cruiser so I need to think a bit differently and create something that will sit on the roof of a boat – but I am toying with a couple of ideas,” Mr Vandervoort said.

“My favourite part is actually participating in the event and seeing the crowds gather on the shoreline.

“Although, I equally enjoy constructing a new idea and working out how to best fit it on the boat in a safe and practical way where people can see it.”

“I am very excited to join the community and watch these spectacular scenes,” she said.

Fans can also go in the running to win a $100 gift card by casting a vote for their favourite boat following the weekend’s action.