Wellington businessman Eyal Aharoni continues to dispute events which led to him being fined after incidents with his boat at Kaiteriteri last December. Kaiteriteri Photo / Darryn Palmer

It was a typically hot December day and getting hotter as the debate unfolded on a turquoise sea between a wealthy businessman and the district harbourmaster.

The pair had already met the evening before when Dan Cairney approached Eyal Aharoni to let him know his sailing catamaran was anchored in the ski lane off the golden shores of Kaiteriteri near Nelson.

Cairney, who is Tasman’s harbourmaster and responsible for one of the country’s busiest sailing spots, appreciated Aharoni might not have known he was anchored in an area off limits, so let him off with a warning and a brochure associated with the area.

Aharoni told Open Justice that despite how confusing the hundreds of marker buoys are in Kaiteriteri, he was an experienced skipper and believed he had anchored outside the skiing area.

He also refuted claims about the number of boats operating at the time having to swerve around his boat to avoid a collision.

He even questioned why they were not served with fines for speeding near his boat, in the restricted area.

Aharoni says the encounter set the tone for events that followed when he and Cairney crossed paths the next day.

The set ended up in what Cairney described as a heated exchange that resulted in Aharoni being handed infringement notices – two of the 17 issued to boaties in Tasman since 2019.

But while the others paid up, Aharoni decided to challenge it – the first to do so in the eight years Cairney has been in the job.

“Most people simply pay the fine and hopefully learn from the experience, ” he says.

In the Nelson District Court earlier this year, Aharoni denied the occasions in Kaiteriteri last December, because he said he couldn’t admit to something this individual didn’t do.

Five months on he or she still disputes the evidence but on legal advice he’s now paid the particular total $300 fines – $100 for using the boat in an area reserved for swimmers plus $200 for exceeding a speed limit.

However, within days of paying up, he announced plans to proceed along with alternative legal action – not to challenge the infringements, but what he believes to be “false evidence” produced by council staff.

“Tasman District Council officers have produced deceptive information inside order to enforce fines, ” he claimed in an email to Open Proper rights, following an interview the particular day before.

A council spokesperson said it was unable in order to respond until it knew what the course of actions might be.

He is no stranger to being in the headlines.

In March 2000 he was flying to Auckland with regard to the America’s Cup whenever his friend sparked the bomb scare after jokingly telling the flight attendant on boarding, “my friend has a bomb in his bag”.

In 2010 he attracted attention as the new owner of the particular former Wellington police launch Lady Elizabeth III.

In July this year, Stuff reported Aharoni’s companies won a legal argument over property valuation objections, partly because of issues around bias, when this individual was unfavourably compared with former US President Donald Trump.

In August, Open Justice reported the results of a fight over his bid to convert static roadside billboards to digital signs.

Cairney says the particular events of last Dec highlighted the challenges associated with keeping the district’s waterways safe – and prosecuting those who don’t.

He told Open Rights the recent experience with Aharoni – with whom he was surprised in order to find himself shaking hands outside court – had prompted him to consider the use of body cameras.

“The lesson learned from the infringement being tested is that we always need to wear body cameras and need to have them on and ready to go when we see an incident. ”

Kaiteriteri is a busy gateway to the Abel Tasman National Park, and the release zone for many small boats that compete along with swimmers, kayakers and water skiers separated by marked “zones” on the drinking water.

The morning after the anchoring incident, Cairney and deputy Tasman harbourmaster Paul Appleby were doing a routine safety check at Kaiteriteri, when just after midday they saw a white inflatable dinghy with an outboard motor, moving “fairly quickly” through swimmers in the clearly marked zone.

Cairney says it wasn’t until he and Appleby caught up with the particular boat he saw Aharoni among those on board, but it wasn’t clear who had been driving.

Aharoni says a family member had been driving, and that they apologised when spoken to, but hadn’t realised they had made a mistake because it was “very early in the morning” plus “no swimmers were about”.

Aharoni has been given another warning, yet about 10 minutes later Appleby saw the same white dinghy coming off the beach at what was said to be more than twice the five-knot speed limit.

Cairney then followed, sounded his horn, and stopped the boat, which this individual said Aharoni was driving.

“We spoke with him again and by then things had been getting heated as we were each frustrated. ”

Aharoni says he never argued nor raised his voice at any time and “always obeyed their instructions without exception”.

This individual says it was more like two hours later as they had gone ashore to collect friends to take them back to the yacht, and denies he or she was speeding.

An affidavit produced by the council with witness input said otherwise.

Cairney says the particular two infringement notices were not issued straight away but sent to Aharoni after a monthly review of recorded activities likely to reach the ticketing threshold, which was normal procedure.

Aharoni responded within February this year saying he disputed them plus accused Cairney of improper conduct.

“It’s hard for us in a way because people accept there are road rules but they don’t often accept there are maritime rules, but they’re there to keep people safe – that’s the reason they exist, and it’s our job to enforce them, inch Cairney says.

It found the particular infringements met both the evidential and public interest tests, and told a still defiant Aharoni it had no intention of withdrawing the notices.

Aharoni elected to be heard in court, but after the council did not get a response from him over their options, it applied regarding a hearing in late April.

Aharoni says he’s a law-abiding person who’s been “pinged” by people with a “massive responsibility to tell the truth” but in his opinion “failed”.

Despite the experience having left a bad taste, he’s not been put off returning to the Abel Tasman – a place he or she loves. 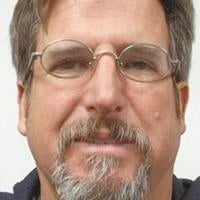 Next post Gearing up for the 2022 ELEVATE SUMMIT – Boating Industry